Getting checked could really be the difference between life and death

Mitch, from West Cumbria, was diagnosed with germ cell cancer in May 2020 after experiencing breathlessness and chest pains. Here he talks about the importance of seeking help if something feels wrong. 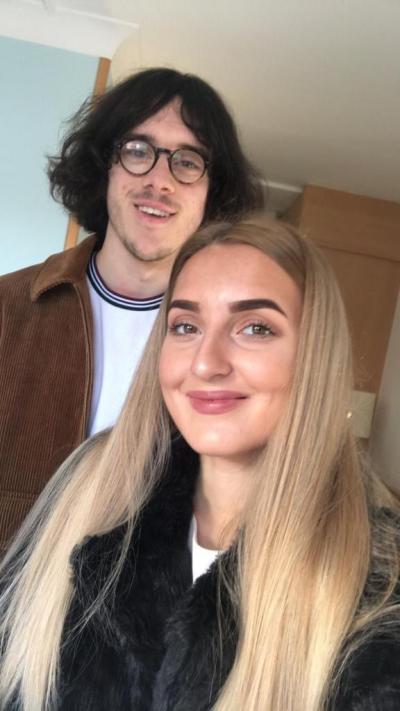 Earlier this year, I was enjoying playing drums with my band, Springfield, and we were due to play at a local music festival. I noticed I was getting more and more breathless than usual after coming off stage.

The pains came and went for a couple of weeks before I decided to go to the doctors in February. They thought I had a condition called costochondritis and I was given painkillers.

One night, I was breathless, my pulse was really high, and the chest pains were getting intense. I went to A&E and about a week later I was diagnosed with cancer.

I was by myself when the doctor told me, and I had a little cry. Cancer was the last thing I imagined.

I was sent to the Teenage Cancer Trust unit at the Freeman Hospital in Newcastle. My immediate impression was how cool it was – I didn’t expect it to be like that.

I initially didn’t want to talk to other patients, but when I did venture out, I met a lad called Mark. I opened up to him and he told me about chemo, and any setbacks along the way. We also laughed about things that had gone a bit wrong and how we’d came to get diagnosed.

My mam and dad were allowed in for the first cycle of chemo but after that because of Covid I wasn’t allowed visitors. My girlfriend hasn’t been able to come around much at all. But it was great to have Mark there to talk to, and the staff too. Gemma, the Teenage Cancer Trust Youth Support Coordinator, and their nurse were both great to chat to. 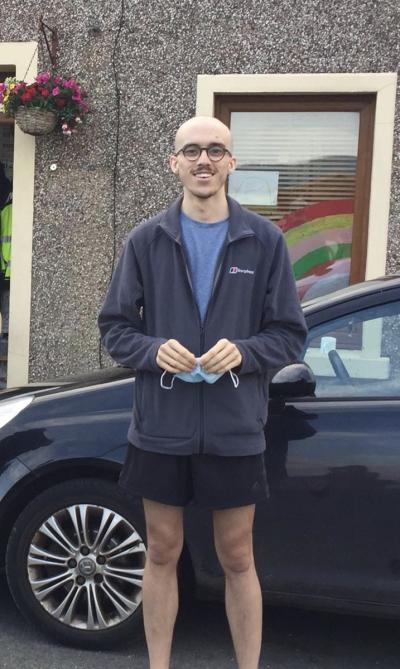 Gemma would also organise stuff like Domino’s pizza nights on the unit. I didn’t expect that kind of thing, and it definitely helped to break up the monotony.

I realised just how much easier my experience was as a result of the care and support I received from Teenage Cancer Trust, so when my hair started to fall out I decided to shave it off and raise money for the charity. We’ve raised over £23,000 so far.

Talking from experience, if you have any symptom, however small, or even just a bad feeling about something, then just go and get checked. It only takes a little time out of your day and it could really be the difference between life and death. It may turn out to be nothing, but it’s good to get that peace of mind.

I’d definitely recommend for people to persevere if something doesn’t seem right. If you don’t think your questions have been answered and you still have symptoms you are worried about, then keep going back or see a different doctor.