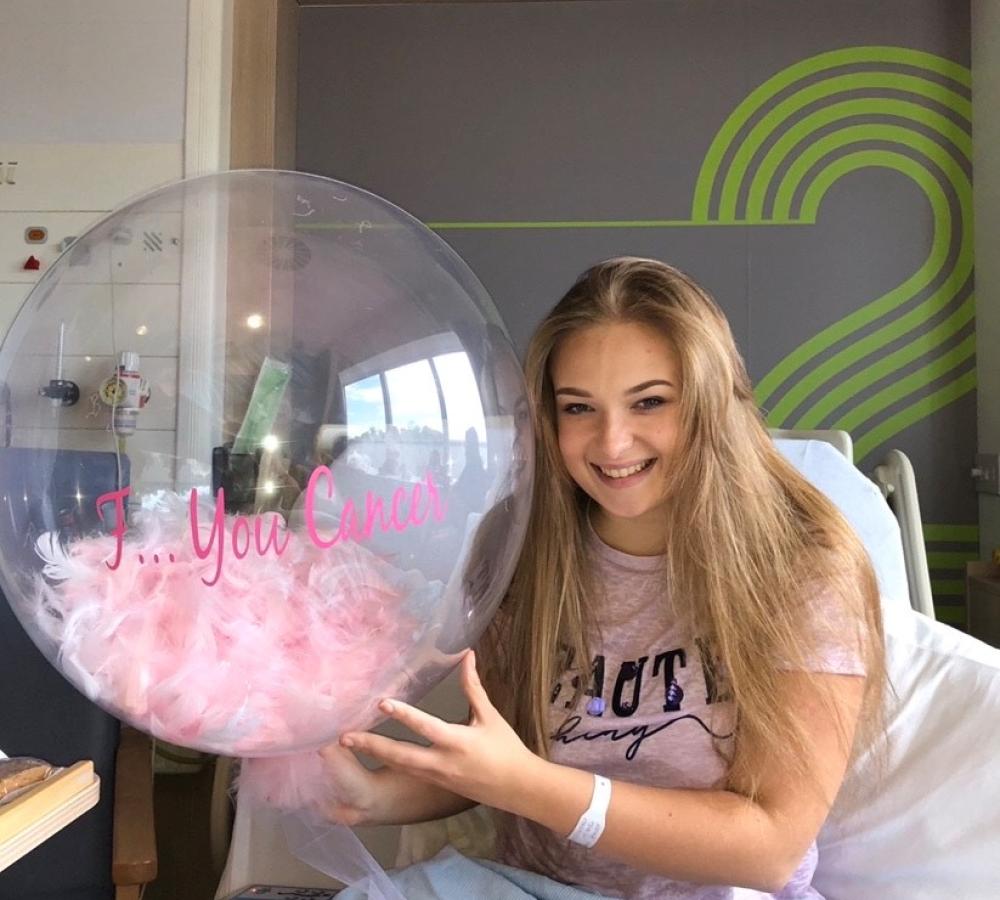 I was anxious about shielding ending and going back to Uni

Nicole Lowther (19), a student from Lanarkshire, was diagnosed with Hodgkin lymphoma in May 2018. Here she talks of her nervousness at the prospect of returning to university after shielding, and how she deals with anxiety.

“I’d started to feel poorly around Christmas time and had been going back and forth to the doctors for months. I was so tired that I was falling asleep in class and they initially treated me for anaemia. When I had my class photo, I had a nosebleed which just wouldn’t stop. I also noticed that I had a lump in my neck.

“The hospital did a CT scan and that confirmed I had Hodgkin’s lymphoma which had spread to the lymph nodes in my neck, to my chest and spleen. In those few words my world fell apart in that hospital room. 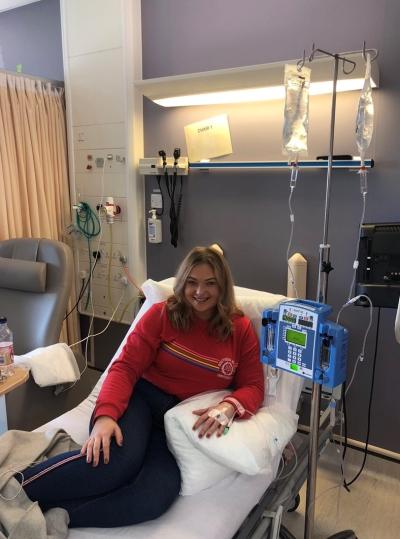 “I was taken to the Teenage Cancer Trust unit at The Beatson and I started six months of chemotherapy. Being on the unit saved my life. I made friends with the other people on the unit and it was nice to know there were others in the same boat. They kept my spirits up and kept me going. I became that close to one girl that she came to watch me ring my bell at the end of treatment, and I’m still in touch with a lot of people now.

“Because of my cancer treatment, I had to shield during the pandemic. It was hard not being able to meet my friends and family, but I made the most of technology and kept in touch with people.

“My Teenage Cancer Trust Youth Support Co-ordinator Lisa emailed me weekly and reminded me that she was at the end of the phone if I ever needed her. She also set up a group call with the other young people on the unit, and we supported each other. It helped me feel completely connected to Teenage Cancer Trust.

“I’d gained around two stone during treatment, so I also decided to use the time positively by starting to eat healthily and exercise regularly. It not only helped me pass my day, but I looked forward to exercising. I lost a stone and I began to feel better about how I looked, which had a positive impact on my mental health.

“I was a bit anxious shielding ending and returning to university because everything is so up in the air about how the course will be delivered over the year and I don’t know what’s going to happen. The guessing game makes me slightly nervous; university is stressful enough without that.

“It’s a relief that the face-to-face lectures won’t go ahead to start with and that I’ll be able to access them online, but university is hard enough so this will be another challenge as we won’t have as much access to the tutors. The seminars will just have five or six people in so that feels safer.

“I used to be a worry wart, but after having cancer I try not to stress about things I can’t change, and I try to find the positive in situations. The new set up at university due to the pandemic will make it harder to learn, but it will also be safer for everyone.

“I will have a new personal tutor, so I have reached out to him already and I explained my situation. He set up a Zoom call with me and I appreciated him making that effort to get to know me and become familiar with my circumstances. It’s good to know that I can talk to him if anything worries me and get support if need be. If anyone is in the same situation as me, I would recommend them putting themselves out there a bit to ask for support from their university.

“I’ve moved out of home for the first time too. Luckily, I know the people I will be living with and they know I must be careful, so they will respect the social distancing guidelines. I made sure the people showing us around the new flat knew my background, so they were really careful about social distancing, and I wore my mask while I moved in.

“If anyone is moving in with people they don’t know, I would recommend that they are open and honest about their situation to their new house mates to make sure that they know they need to be careful. It might feel nerve wracking, but if it helps them feel safe and comfortable it will benefit them in the long run. If they are having any problems with people accepting their boundaries, then their personal tutor could assist them.”

Studies after cancer: advice on results, uni and careers