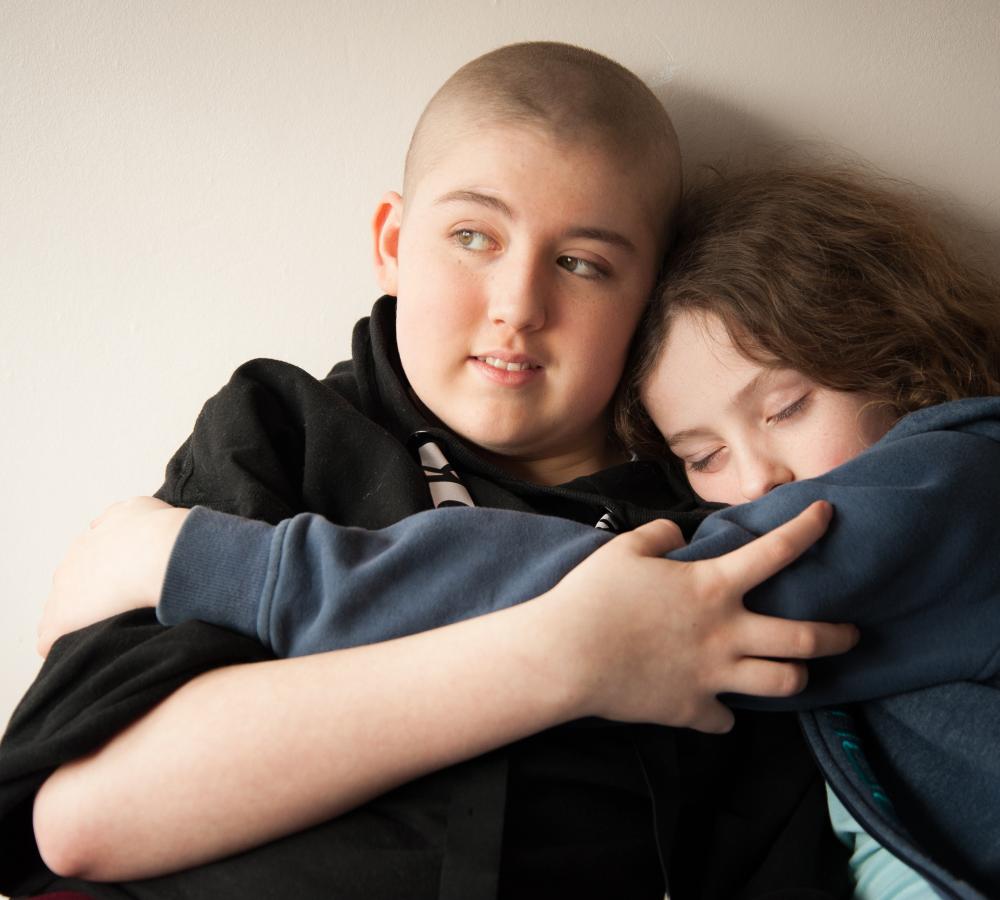 It's important to keep asking for help if something feels wrong

Alex was diagnosed with acute lymphoblastic leukaemia in June 2019 aged 13. She was rushed into hospital the same day and started chemo the day after. Throughout treatment, she says, the Teenage Cancer Trust unit in Birmingham has helped her feel normal despite her diagnosis.

My symptoms started off as just back pain. The GP told me to take paracetamol and ibuprofen and keep an eye on it, but about a week later I was still having the back pain, I had a rash and unusual bruising. The GP said we should go to A&E the same day and get some blood tests done.

I knew something was wrong, but I didn’t think it would be something that big, so I was really shocked and upset to find out I had cancer. 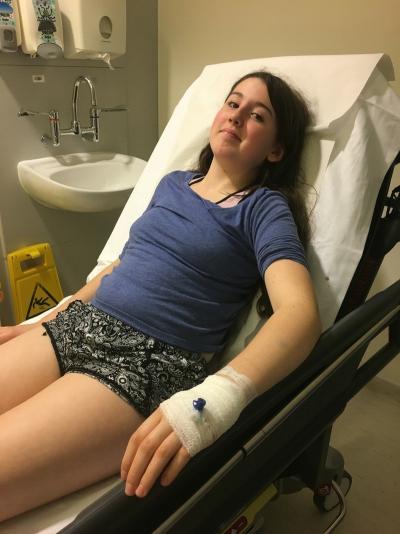 Going into treatment was very rushed. The day I found out, I had an X-ray, and then I went in an ambulance to Birmingham Children’s Hospital, and I got my first chemotherapy the next day.

The Teenage Cancer Trust ward in Birmingham made me feel normal despite my diagnosis. I’m still in touch with one of the people I was first introduced to on the ward. The Youth Support Coordinator Julie put us in contact with each other.

Even through lockdown Julie has been doing calls and planning events. She’s always checking in to make sure you’re alright and she makes sure you know she’s there if you need her. Even though most of my treatment is at Coventry, I don’t feel like I’m left out because she’s always checking up.

My frontline treatment hasn’t been affected luckily, but my physio, occupational therapy and counselling have had to stop for now.

Going into hospital during lockdown was really nerve-wracking because on the way into the day clinic, you could see all these signs saying ‘Covid testing’ and ‘2m apart’, and there was tape on the floor, and it was just empty.

If anyone has any symptoms they’re worried about, I would say go to the doctors. It may turn out to be nothing, but if it is cancer then detecting it earlier can help improve the success of the treatment.

If you go to the doctors once and something still feels like it’s wrong afterwards, it’s important to keep going and keep asking for help. It may seem silly, but it’s essential. What made me persevere was knowing that I could stop guessing once I found out what was wrong.