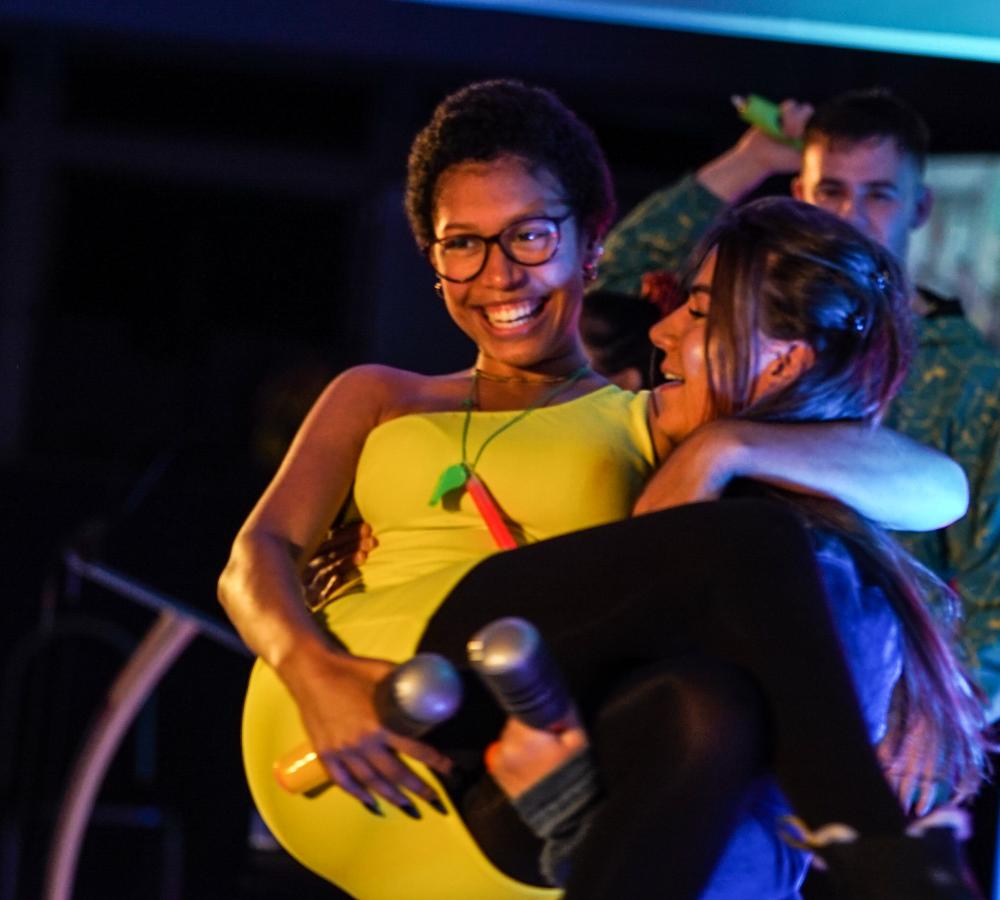 My afro was my pride and joy: Cancer, hair loss and identity

Tegan had just started at university when she was diagnosed with non-Hodgkin lymphoma. When she lost her hair due to chemo, she felt stripped of her identity – but says the experience has left her stronger and more determined than ever before.

I’d just left home in Leeds to go to uni in London and I started to feel unwell. At first, we thought it was fresher’s flu. I went for a Nando’s and I was struggling to swallow. A doctor said that it was acid reflux and gave me medicine for it.

I was sleepy and cold when I got home, then I had night sweats. I went to A&E and they did blood tests, but they still thought it was acid reflux.

During a trip to Mablethorpe, I started to feel even worse. I had pains in my neck, shoulder and ribs, I had bad phlegm and I was struggling to eat. I was wheezing, sweating, and I had to sit down in the shower and take hours to dress myself and rest before going out.

My step-mum and sister didn’t think it was right, so they made me go to the local doctor. He did some blood tests.

Back in London, the doctor said my heart rate was dangerously high and he sent me to A&E with a slip to be seen first. When they came in and told me I had cancer, my whole world broke down. I wasn’t ready to die.

I was also worried about losing my hair, as my afro was my pride and joy and I got a lot of compliments on it. 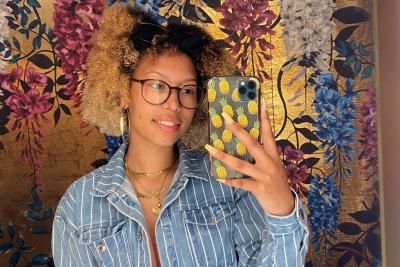 I was transferred to another hospital as they needed to operate to relieve some of the fluid around my chest as it was crushing my lungs.

They drained a litre of fluid from around my heart and I was taken by ambulance to the Teenage Cancer Trust unit at St James’s in Leeds. It had a pool table and a massive TV; it wasn’t what you’d expect from a hospital.

It was my 19th birthday and I was due to go out with my friends but instead I was in hospital. They were able to come in with presents, but it was still the worst birthday.

My second chemo was on New Year’s Eve and my friends still expected me to be out; they didn’t realise how chemo leaves you feeling. I usually go big on New Year’s Eve – new outfit and a big party.  But now, the last thing I wanted was to go out, so I stayed in. I didn’t even make it until midnight, I was fast asleep. It’s usually ‘new year, new start’, but I knew that my year would be a struggle.

Find the things that make you happy and make the most of the life you have.

My hair started to come out in chunks. That hurt more than anything and really did get to me.

Being on the unit with other young people was a good distraction. I’ve made lots of really close friends and we are always there for each other. 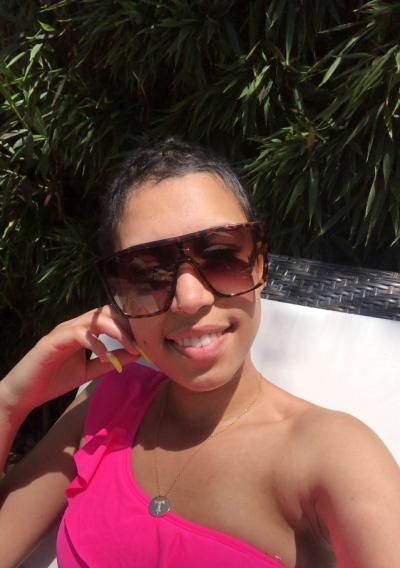 And the support the nurses gave me along the way is amazing. They’d chat about everyday things like my personal life, and you get to know each other more deeply than you would an ordinary nurse. They reflected the ward perfectly; they are happy, and the ward is happy.

I’m a positive person. Sometimes you need to battle through life, but I did it with my hammer out and my head held high.

No feeling lasts forever. If you feel sad, feel sad. Cry as hard as you want but know that you can be happy.

I’m now cancer free, I say yes to a lot of opportunities and I won’t let anything stop me. I am a year behind at uni now, but timescales aren’t relevant. I may have lost a year, but I’ve gained so much in experience which will help me along the way.