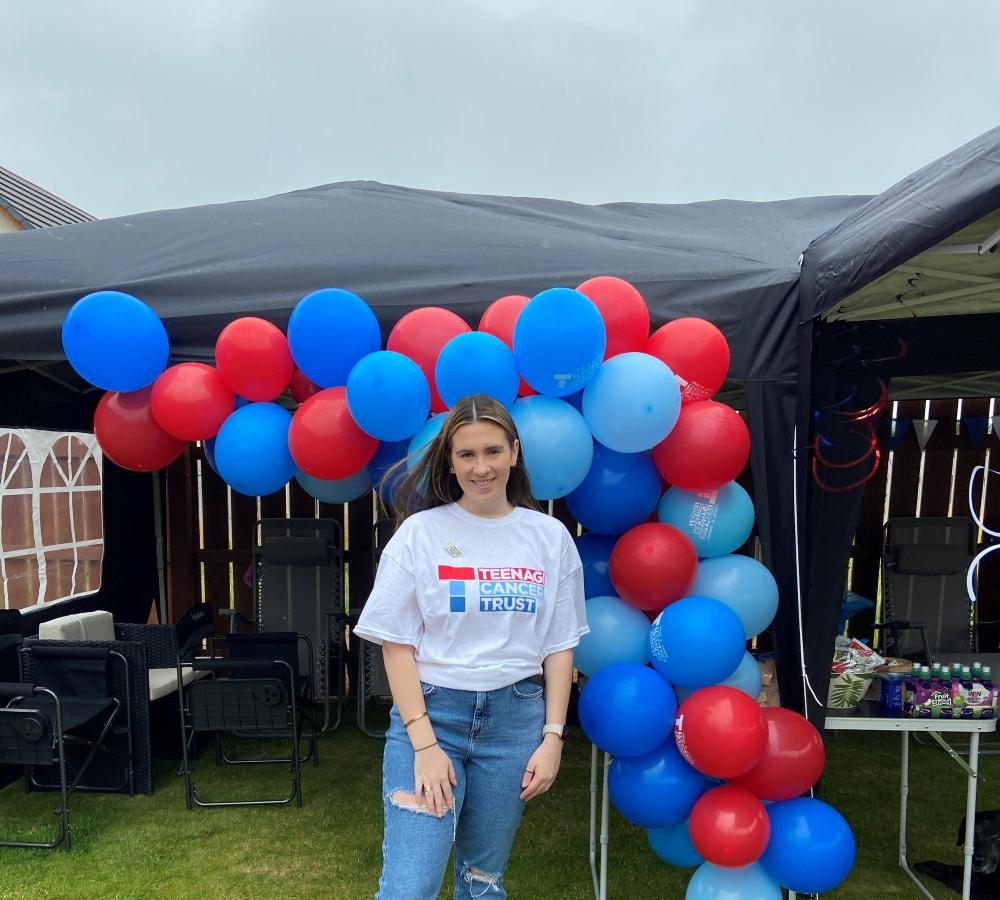 Jordan was diagnosed with thyroid cancer after years of feeling tired. After surgery and a week in isolation, she was able to see a physio and return to work.

Before being diagnosed with cancer, I’d been feeling extremely tired for around four years. I was working in a busy nursery and spending a lot of time driving to work, but I didn’t think it was normal to be that exhausted all the time.

I developed a lump on the top of my neck, almost behind my ear. I was seen by different doctors and nurses, but I’d had glandular fever and tonsillitis as well, so they thought the lump might have been caused by that.

I turned 21 in November 2020, and I still didn’t think it was right for a girl my age to feel so exhausted. The lump was still there, and I knew it wasn’t normal, so I was getting frustrated that they weren’t checking it.

I pushed the doctors and I started having blood tests every month until March 2021. The GP decided to refer me to the hospital. He told me that I might have to wait a couple of weeks for an appointment, but within 40 minutes I got a call asking me to go in the following day. That started alarm bells ringing for me as I didn’t think it was a good sign.

They checked my lymph nodes, nerves, movement and muscles. They did a blood test and a chest X-ray and referred me for a neck ultrasound. Just under two weeks later, I was asked to go in for the results. I knew that meant it was bad news, so I had prepared myself for the fact that it was cancer, but I still burst into tears when they confirmed I had thyroid cancer. 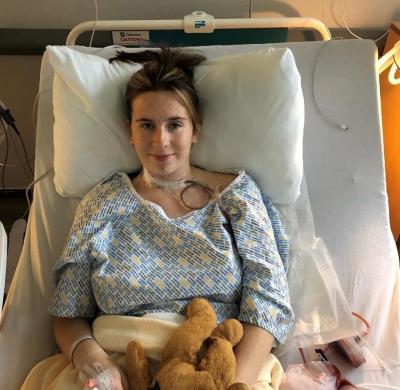 I had a bit of a wait before the operation, so I decided to do one fun thing every day to both lift my mood and keep myself busy. It motivated me to get up and do something. Some activities followed on from hospital appointments, so were things like coffee dates, but I also had supper with my mum, went to the cinema with my dad, visited my cousins, had a beach fire with toasted marshmallows, and had my nails done.

Around that time, I was introduced to Amanda, Teenage Cancer Trust Clinical Nurse Specialist. It helped having her there at my appointments as she was able to ask questions that I hadn’t thought of. I knew how big my scar would be, but I didn’t know about the drains that would go in, or the medication that I would need to take after.

I had my surgery in July 2021, and it really helped having my mum there with me after my surgery. Amanda also checked in on me to see how I was. I was also introduced to the endocrinologist to talk about the medicine I’d need to take. 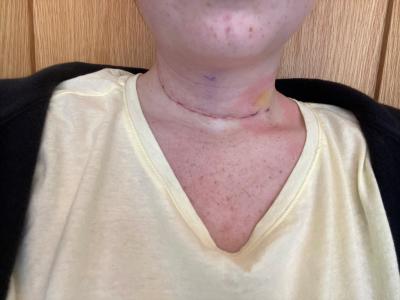 I had to take the radioactive tablet the day I went into hospital, and I had two injections each day prior. I was then highly radioactive, and I had to isolate for five days in a lead-lined hospital room and that was horrible. I was in the same four walls, and I couldn’t see anyone. I had to isolate at home for a further four weeks, so I was up in my room alone.

I found myself struggling. I’d been so positive, but I felt like there was no reason for me to get up. It was also the run up to Christmas and I didn’t feel like celebrating as I felt like my life was in limbo. I didn’t know how I’d get back to normal life and felt mentally drained. Again, Amanda was there for me. She suggested that I set my self-little tasks for the day, even if it was just getting up, making the bed, washing my face and changing my clothes. I bought myself a planner and it helped me to tick things off, even if it was just taking my medication.

I had my scan results just before Christmas and I had a good uptake in my neck, which showed it was working.

I had some physio at the end of March 2022, and then started to think about going back to work. The decision started to overwhelm me, and Amanda knew that I was worried, so we talked through what I may say to occupational health. 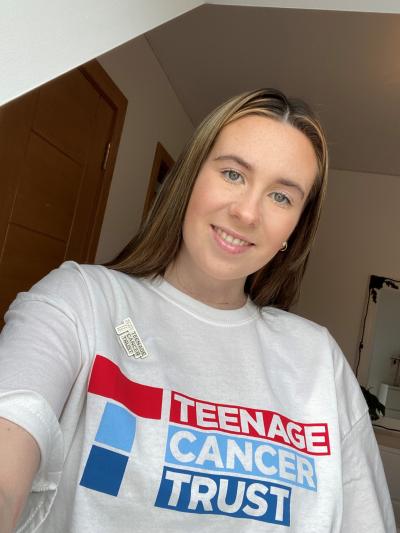 Amanda also referred me to a psychologist to talk through my worries about returning to work. I’d start talking about something and I’d usually solved the problem myself by the end of it, but it helped having that person to air it with who didn’t know me. I felt reassured that I was ready to return to work.

Going back to work got me back into a routine and gave me a purpose again. Because I work with kids, I can’t sit and overthink things, I have to get stuck in.

Life still isn’t normal, but it’s the new normal for me. I will experience tiredness for the first year after treatment and have to take various medicines.

Without the support from my outreach nurse Amanda and my psychologist, I would have really struggled and been at a loss the whole time. Giving back to the charitt and showing how grateful I am means the world to me. Through garden parties, birthday donations, Christmas fundraisers and friends running marathons, I’ve helped raise £6,263 so far. I aim to continue doing more fundraisers for Teenage Cancer Trust.

Is there such a thing as 'good' cancer?