“Most people don’t realise how much time is needed to adequately fulfil the role of trustee. But it’s worth it when I see the difference our work makes to young people with cancer.” 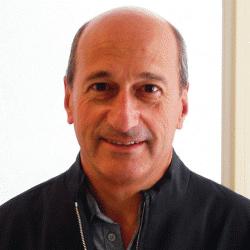 I’m a Partner in a West End firm of Chartered Accountants, Harris & Trotter, specialising in the entertainment and media field.

I’ve been involved in the charity sector for over 25 years and am now Vice President and Vice Chairman at Norwood, a charity well known in the field of helping children and families with learning disabilities. I also hold a number of other trustee appointments.

Throughout my career I have tried to make a difference for those less fortunate than me. I became a trustee of Teenage Cancer Trust when I was asked by our president and in the end I “surrendered” when I saw the benefits of the charity’s work.

My trustee super power would have to be fundraising and the numbers side of things. Most people don’t realise how much time is needed to adequately fulfil the role of trustee. But it’s worth it when I see the difference our work makes to young people with cancer.

When I was a teenager I wasn’t the academic my parents would have liked. The best thing about being a teenager is that you think you know best. Though when I was young I wanted to be an accountant, so I was right about that one!

I have been married for over 45 years and have 6 grandchildren. I’ve completed 9 marathons, cycled around the world and tried to climb a number of mountains, with mixed success, all in aid of Teenage Cancer Trust and other charities.

I’ve got many good memories, including visiting our units, seeing them in operation and meeting the team, and attending the shows at the Royal Albert Hall and seeing young people who’ve been treated on our units confidently making an appeal in front of thousands of people.