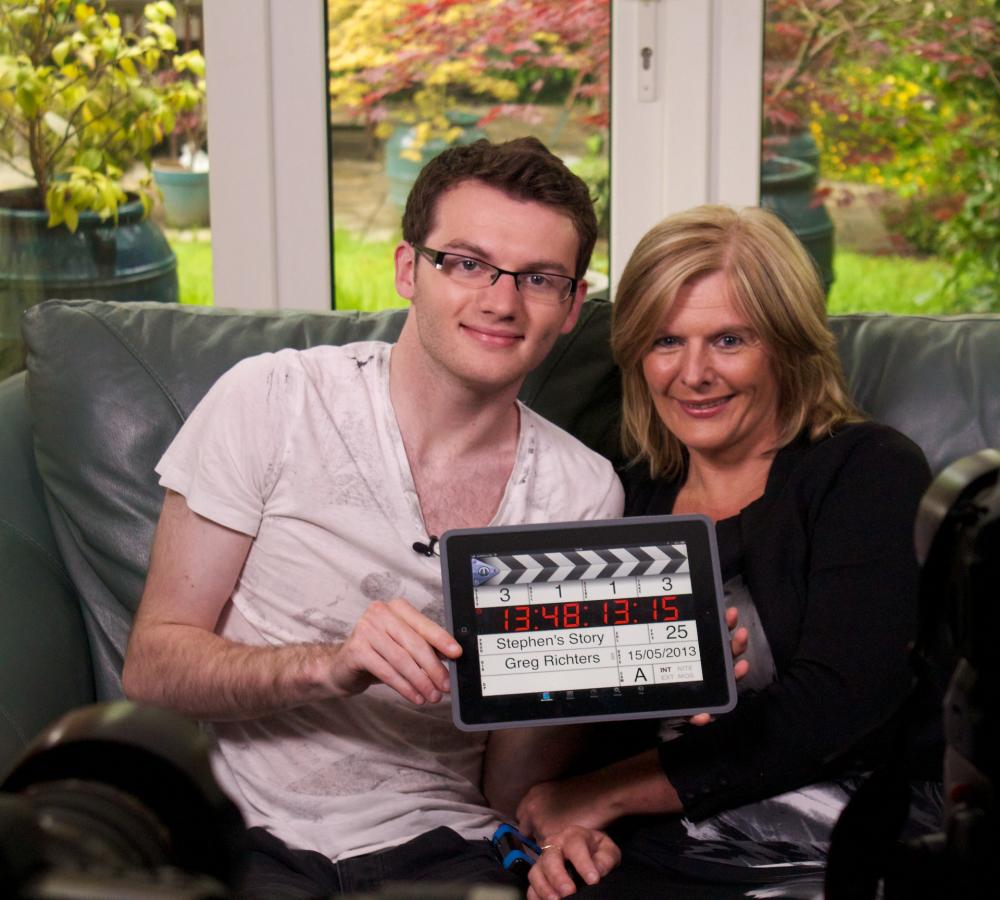 Stephen Sutton was an exceptional young man who made a huge impact as a Teenage Cancer Trust ambassador and fundraiser. Despite an incurable cancer diagnosis, Stephen decided to measure his life in the difference he could make. To date, over £5.5 million has been raised in his name. 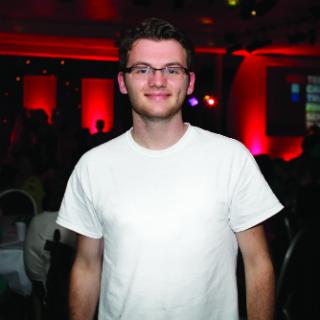 Stephen was first diagnosed with colorectal cancer at the age of 15. He was supported throughout his cancer experience by Teenage Cancer Trust and received his treatment in our three units in Birmingham.

Stephen remained positive and determined to make a difference, inspiring tens of thousands of supporters across the globe, right up until his death in May 2014. To date Stephen’s story has raised over £5.5 million for young people facing cancer.

Teenage Cancer Trust has helped me hugely throughout my own cancer battle… they offer hope and a sense of community to young people with cancer like myself.

Stephen also attended many peer-to-peer support events, including our flagship weekend conference Find Your Sense of Tumour, an event that brings together 300 young people with cancer to learn, make friends, share experiences, build confidence and have fun. He said that attending the event in 2011 played a very important role in how he viewed his cancer.

In 2013 he decided to make a bucket list of things he wanted to achieve via his Facebook page, with a goal of raising £10,000 for Teenage Cancer Trust at number one on his list. He later increased this to £500,000 and then updated it to £1 million.

Thumbs up for Stephen

Stephen’s Story went viral when he posted what he thought was his last “thumbs up” photo from his hospital bed, on 22 April 2014. Already an ambassador and major fundraiser for Teenage Cancer Trust, Stephen captured the public’s imagination in an overwhelming way in the following weeks. 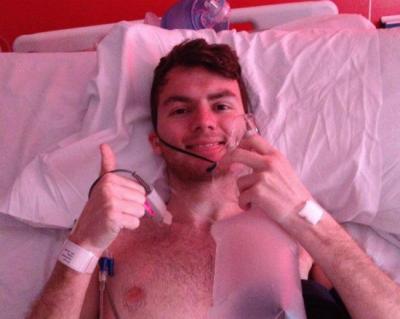 I don’t think about my future and feel sorry for myself. In fact, I feel the opposite. My cancer has given me the opportunity to do something truly remarkable - and educate people about cancer.

Comedian and long-term Teenage Cancer Trust supporter, Jason Manford, who had met Stephen at the charity’s Royal Albert Hall concert series in March, created the Thumbs Up for Stephen campaign on social media and vowed to take the fundraising to £1 million. Stephen was featured in an amazing array of news outlets both local and global, and supported by a host of celebrities including Stephen Fry, Russell Brand, Piers Morgan, Clare Balding, Gary Lineker, Steve Coogan, Carol Vorderman, Caitlin Moran and even the Prime Minister, David Cameron MP.

Over 180,000 donations have been made online to Stephen’s JustGiving page and over 150,000 by text message. In addition, Stephen continues to inspire a wide range of fundraising events and activities in his name. In 2019, the ‘Zip Wire for Stephen Challenge’ became a Guinness World Record Breaker for the most amount of money raised by a Charity Zip Wire Challenge.

After several rounds of treatment, Stephen was told his cancer was incurable. Sadly he died on 14 May 2014, but he left behind an incredible legacy for the seven young people diagnosed with cancer every day who need our help.

Stephen was appointed MBE in the 2014 Birthday Honours for his services to the charity, with the award collected on his behalf by his mother Jane.

Over the following years, the money raised in Stephen’s name helped to build or refurbish specialist units at hospitals in several cities across the UK including Nottingham, Sheffield, Glasgow and Liverpool, as well as helping to grow our cancer information services and Find Your Sense of Tumour event.

His fundraising has also provided investment in vital research, training and professional development for nurses and specialist staff supporting young people with cancer, including a scholarship at Coventry University named in Stephen’s memory.

Stephen’s story continued in 2021, as the new Teenage Cancer Trust unit opened at the Royal Hospital for Children and Young People in Edinburgh, funded by his legacy.

Stephen’s fundraising total is the most an individual has ever raised for Teenage Cancer Trust, and he’ll be remembered in the UK and beyond for his positivity, determination and courage.